At the end of the day, our favorite thing to do is to rock out like several ferocious lions, bears, and mystical lionbearmonkeys soaring through the reaches of outer space.

Listen to us on Spotify or on our Bandcamp Page.

ROCK AND ROLL DISCOGRAPHY! (OF ROCK!)

RISE of the LAVA MEN is a conceptual Rock Project consisting of a full length album, (fake) Saturday Morning cartoon show, archaeological dig, and related Sock Puppet Portraits telling the tale of the ancient iconic protector’s of Uncle Monsterface’s home-base, Dino-skeleton Island. As Uncle Monsterface unearths records and remnants from the archeological dig that is currently uncovering the tale of the Lava Men, Monsterface Industries will release new songs, artworks and biographies for each of the Lava Men!

“This is an Adventure!”, was released just prior to our national tour in July of 2008.

liner notes (pdf) | cover art (high-res) (low-res)
Nintendode was released in tandem with Nintendo’s newest console, The Wii, on November 16, 2006 as a gigantic geek-Tribute to go hand-in-hand with our unbridled excitement about the new system (an excitement that has gone on to become completely founded in reality!). Buy on iTunes.

This was our first full-length album. We like to use the term “full-length” loosely.

Huzzah! We have also been included on a couple of compilations:
————– 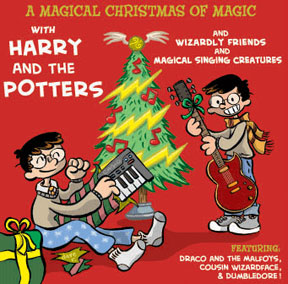 “Harry and the Potters Magical Christmas of Magic” – 2005
We appear, very sneakily, as “Cousin Wizardface” (in order to keep with the conceptual continuity, and to have an opportunity to wear floppity hats…)
‘In My Room of Requirement, It’s Always Christmas’
(it’s awesome) 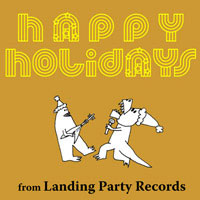 That very same X-mas, we appeared on Landing Party Records annual Christmas compilation:
“Christmas Today”
It is about a giant robot that drinks the blood of elves, and longing for the Sega Genesis. Sometimes, we are asked to play in front of small children.
If you are clever and interested enough to have looked this deeply into our lore, this song is all yours. Just click on it! And don’t say we never gave you nuthin! 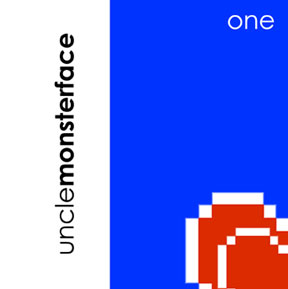 And before anything else, we created an experimental EP Called ‘Piece of a Heart Container 1’ it went like this:

Basically, it was an early EP so that we’d have something to give to people and clubs. The songs ended up on letter green almost unchanged (we did some stuff to them, but I doubt anyone would notice besides us). The original concept was that we would do four EPs all together, each EP a ‘piece of a heart container’, like in the video game Zelda. When you put them all together, you’d get a WHOLE heart container. We were silk screening these magical little doo-hickeys, it was time-consuming and crazy. We abandoned it in pursuit of letter green. But it is a neat relic, and if you have one, you’re pretty cool. 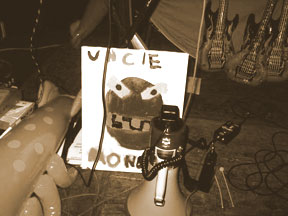