Hey gang, we’re very excited to announce that the first episode of our animated short “Vampire Boy” will have its WORLD PREMIERE as part of Rhode Island’s awesome 401 Film Fest!
http://www.401filmfest.com
The festival is three days long and features work from all around the world, with all of the proceeds going to benefit The Big Bros and Big Sisters program. COOL! We kick off the Sunday Oct 23 screening at Dean’s List Academy in Pawtucket!
http://www.martystuff.com/vampireboy/
http://bitly.com/VampireBoy 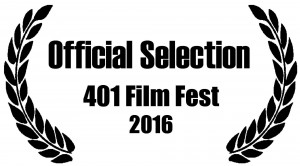 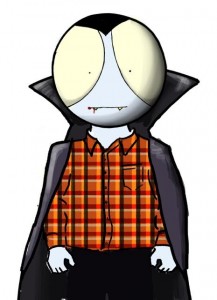 The New album RISE of the LAVA MEN is out today!

Check it out here:

Sunday morning Meet the Monsterface!
Marty talks about “The Builder”
Its the last day to pre-order!!!!
The whole album will be streaming tomorrow on bandcamp for you to check out in all its glory!

A little surfin Saturday morning fun from Monsterface TeeVee and The Sports Robot! Marty talks about another new (and old) song from the album (which is out on Monday!). Grab a pre-order now for only $5!

Get the album here!

Now that you know so much about the LAVA MEN, it’s time to find out which one YOU ARE!

This Saturday Morning on Monsterface TeeVee, we have a special NEW SONG PREMIERE of “The Spaceman!”

But first Marty talks a little about our song “The Spaceman”, us stealing from Ben Folds Five, and our forever love for Firefly.
You can grab the album here:
http://unclemonsterface.bandcamp.com/album/rise-of-the-lava-men

What is RISE of the LAVA MEN?

What is “RISE of the LAVA MEN,” you ask?
Here is a video of the people who made it answering that very question!

Check out the album here:
On Bandcamp!

Pre-order “RISE of the LAVA MEN” today and get 3 songs NOW!

Pre-order before official release for $5 and get three early-release tracks. That’s a $2 discount and 3 immediate songs! Go get a preview and decide for yourself! Please help us out and spread this link:
http://unclemonsterface.bandcamp.com/album/rise-of-the-lava-men

New glorious fantastic heart-swelling music from monsterface family member, the incredible and incomparable Cosmic @jocelynmcknz . Listen up and get down.

NEW SINGLE! ABOUT OUTER SPACE AND TEETH I THINK!
Listen to Mango Leather now on all the places you listen to things!
https://righteousbabe.ffm.to/mangoleather
@Righteous_Babes